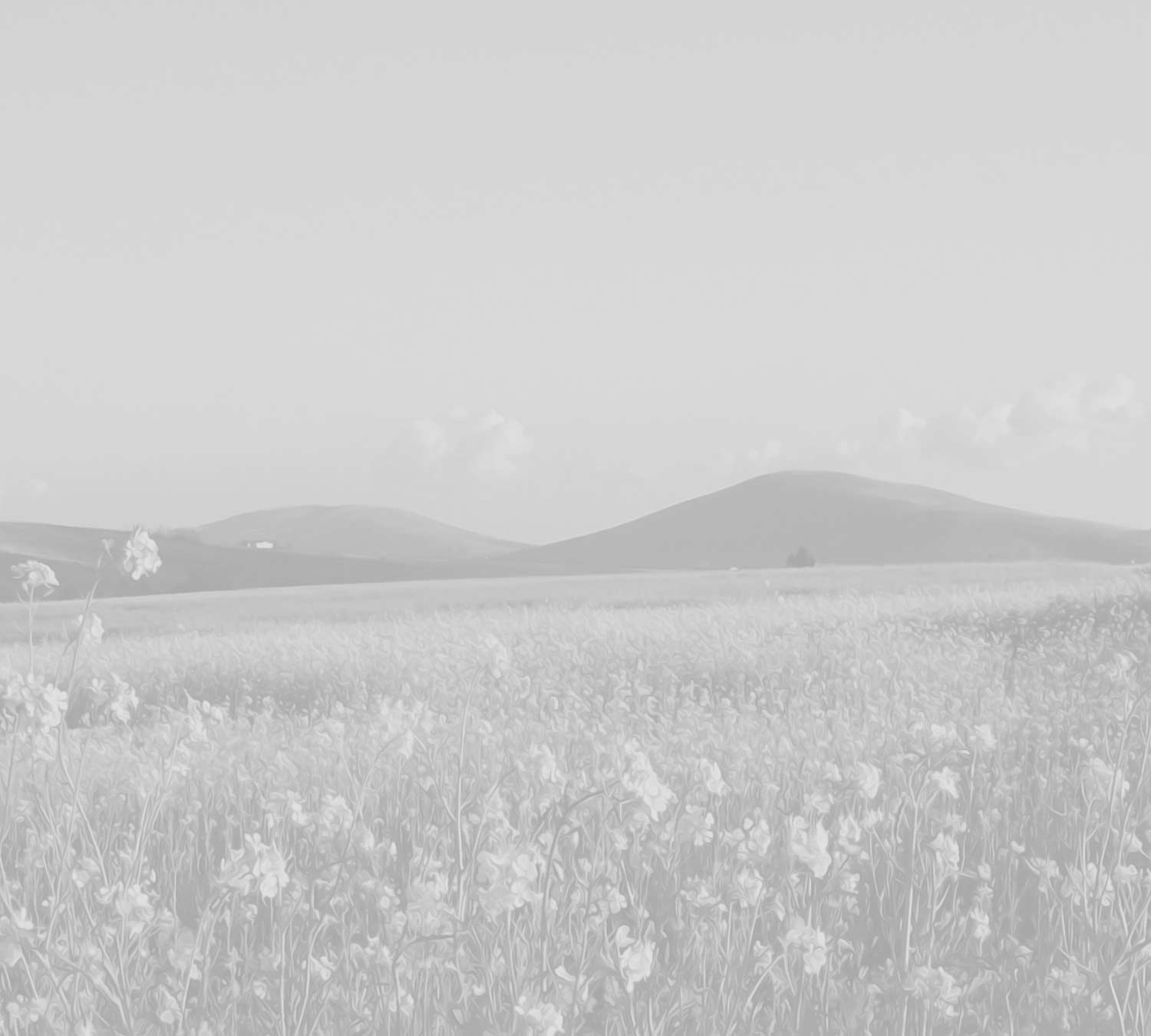 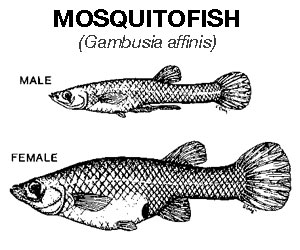 Gambusia, also known as mosquitofish, belong to the Poeciliidae family (live bearers), which includes other fish such as guppies and topminnows. Mosquitofish prefer quiet, shallow ponds, lakes, ditches, drains, marshes and sluggish creeks with clear water and aquatic vegetation. They are most at home in warm water temperatures; tolerating water temperatures between 40 and 100 degrees Fahrenheit. Their life span is short, probably less than 15 months. They are ovoviviparous (live bearers).

Gambusia reach maturity in 4 to 10 weeks. Each female can produce three to four broods in her lifetime, and each brood can vary from 40 to 100 young. The young are born in spring and summer when they are about 0.4 inches long. Adult length ranges from 0.8 to 2.5 inches. Mosquitofish feed at the water’s surface and eat a variety of macro-invertebrates; including mosquito larvae, other small insect larvae, zooplankton and aquatic plants such as algae and diatoms. Gambusia are aggressive and may also feed on fish fry.

Gambusia have been used for mosquito control in the US since the early 1900’s. Various agencies throughout the world have developed stocking guidelines for mosquito control in swimming pools (abandoned), ornamental pools, ditches, wetlands, mine pits, storm water and waste water disposal lagoons, natural creeks, animal watering troughs and small seasonal or permanent ponds. Recommended stocking rates in the US range from 15-100 fish for back yard ornamental ponds to 2,500 fish/acre for small ponds and ditches. Reports from mosquito control organizations indicate that the greatest problem associated with the inability of Gambusia to control mosquito larvae are aquatic vegetation, inadequate fish numbers or a lack of distribution by the fish in a water site.

There is no guarantee that mosquitofish will provide 100% control, but in certain situations, it is believed that they can help reduce mosquito populations.

The natural range of the mosquitofish was New Jersey south to Florida and the Gulf of Mexico, and in the central US from southern Illinois to Alabama. Gambusia affinis, the western mosquito fish is no longer considered the same species as the eastern mosquitofish, Gambusia holbrooki. G. affinis and G. holbrooki have been introduced indiscriminately throughout the world in temperate and tropical climates for mosquito control wherever mosquito-born diseases pose a threat to human health. For example, mosquitofish have been introduced into southern European countries, Germany, Thailand, Africa, Russia and Argentina. Gambusia have been introduced or are native to at least 43 states in the US.

In Washington, Gambusia are not widely distributed. Gambusia are known to be present in Benton and Clark counties. Gambusia have been located in other areas as well, but as for all the sites of this fish, it is still unknown.

Mosquitofish can compete with other animals for available resources and Gambusia have been blamed for predation of the fry of some fish. Importation and transportation of Gambusia in Washington State requires approval and a permit by the Washington State Department of Fish and Wildlife (WDFW). Benton County MCD has a permit to transport Gambusia affinis. But only certain sites meet the requirements for introduction. Introduction is determined on a case-by-case basis to insure that the mosquitofish are placed into an isolated site (no connection to lakes, rivers, streams or canals) where they may have a positive impact upon the existing or potential mosquito populations.

What to do if you want Mosquitofish:

Some examples of sites that have shown to benefit from mosquitofish are decorative ponds, water troughs and small isolated ponds.

We work in conjunction with the Washington Department of Fish and Wildlife for transporting and planting Gambusia. There is a form (online, downloadable or delivered) that must be reviewed and completed before we can deliver fish.  Please keep in mind that the site must be isolated without any connection to rivers, streams, lakes or the canal system.

Call Us / Request a Form (If you call us we can mail, fax or email the necessary form)

Forms must be completed and submitted each time fish are requested, even if you have received them in the past.  Plantings usually begin in May.  Final request for mosquitofish will be August 31st.